No clever preambles, we'll just dive in as we've got exciting news from the home of golf...

Ruairidh Macdonald is living proof that our game isn't only for the Cialis-set....  Best know for his Scottish Golf Travel Podcast, he's also a blogger and general man about town in Aberdeenshire.  Shame on me for missing Ru breaking actual news about a week ago: 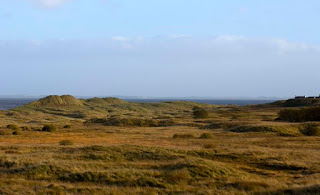 sixth course at Bandon Dunes he was hatching plans for his first course in Scotland in one of golf’s famous towns.

The Embo site earmarked for development sits on the edge of the famous golfing town of Dornoch in the Scottish Highlands, the birthplace of Donald Ross no less and home to one of Scotland’s great links courses Royal Dornoch which will celebrate 400 years of golf next year.

In an interview with Golf.com’s Alan Shipnuck Keiser admits the project remains very much in the feasibility stage of development with several environmental factors to overcome. In the candid interview it was clear that Scotland has made a big impression on Keiser who recalls spending countless summers enjoying the delights of the Scottish links.

OK, let's pass over his by now moot mischaracterization of the abandoned Bandon project, and simply savor the rather amazing fact that the words Mike Keiser and Dornoch appear in the same sentence.

And a week later Ru had this further development:

Serendipity is a wonderful thing. As I walked Coul Links for the first time yesterday, a week on from exclusively revealing it as the site earmarked for Mike Keiser’s first development in Scotland, who should I bump into but the man himself Mike Keiser and investor and right-hand man to this project Todd Warnock.

With the site being so vast there was nothing serendipitous as our paths crossed in one of the many hundred dune slacks on the Embo Estate, two miles north of Dornoch. Both gentlemen were rightly inquisitive at first as I traipsed over the dunes at last light on a cooling autumn afternoon in the Scottish Highalnds. Once acquainted Keiser and Warnock were more than happy to share further their plans for the site back at Links House, a boutique luxury hotel which overlooks the first tee at Royal Dornoch and owned by Todd Warnock, a self made Chicago entrepreneur. 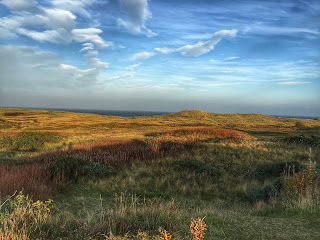 What was clear from the outset is their intention to make this development as transparent as possible with every effort to work with local governing bodies and businesses in the area. While only at the very early stages of a feasibility study the pair are already in strong dialogue with Royal Dornoch Golf Club, Highlands & Islands Council and the Scottish Government environment agency Scottish Natural Heritage. No Local Hero script here.

Then of course there is the site itself. Growing up with linksland on the northeast coast of Scotland I was fully expecting what I found. What I wasn’t ready for was the scale of the site. Measuring over 600 yards in width, twice that of Royal Dornoch’s Championship Course. The enormity of the property is incredible as it races parallel to the Dornoch Firth before meandering inland to the confinement of Loch Fleet. Keiser explained that the site was certainly large enough for 36 holes however with the environmental constraints that will most likely ensue a routing of a world class 18 hole course will suffice.

OK, a couple of thoughts from your humble blogger...

There's nobody better at assuaging the concerns of local government authorities than Mike Keiser.  If you can build in the People's Republic of Oregon, you can probably build anywhere.  He's the anti-Trump as it were...

That said, the reference to environmental concerns is the only downer in the news, as such "concerns" ultimately created modern monstrosities with more recent projects such as Machrihanish Dunes and Doonbeg.  The issue is whether a logical routing can be found within that larger property, but Mike certainly knows his way around such issues.

So, what does the site offer?  Back to Ru:

Walking the site I started to question what Scottish links can this compare to? The dune formations remind me most of Fraserburgh while the main dune ridge resembles that of Royal Aberdeen. Then it dawned on me that perhaps the links of Embo Estate isn’t comparable in it’s entirety. The uneducated will inevitably want to enter a petty arms race over whose dunes are ‘biggest’. On the main dune ridge of the property dunes surpass 60 feet in height before dropping off to provide intricate dune slacks and the humps and bumps synonymous with our traditional links courses in Scotland. The beauty of this development however is having the luxury of limited disturbance to the land as the dunes sway in the wind just waiting to be cut. On this occasion size doesn’t matter.

Now I wish I had headed North to Fraserburgh on that August Sunday in Aberdeenshire instead of South to Trump's new property, but that just means we need to get back.  I'd suggest that a 60 foot high dune line works best as a backdrop to a golf hole, think of the 13th at Pacific Dunes, as opposed to routing traffic through or over.  No need to "cut it", which will make the environmentalists happy.

But, while it would no doubt be a better world if I had Mike's ear, you'll be disappointed to hear that I'm not involved in the design of the course.

Then the question all golfers want to know, who’s building it? Subject to the project’s approval architects Bill Coore and Ben Crenshaw of Coore & Crenshaw will be asked to work alongside the local council and environment agencies in routing a truly world class 18 hole, sustainable and authentic links golf course. This decision is hardly surprising after the success of Keiser’s recent development at Cabot Cliffs and philosophy of minimal moving of materials. Warnock explained that Bill Coore has already visited the site twice.

OK, but if it doesn't work out, you can contact me through this blog...  I've kind of glossed over the location, as Ru had this graphic in his first post:

Both Ru and Shackelford picked up on this most surprising bit:

Perhaps most revealing from the chance meeting yesterday were plans around further development of the site or should I say lack of. Warnock & Keiser have no intention of building anything but a world class golf course and basic starter shack on site. No real estate, no lodgings, no 100 bedroom hotel. The initial plans would would see golfers shuttled by bus between Royal Dornoch and the Coul Links with reservations made via Royal Dornoch Golf Club.

In the same way the old Scottish links were created, it’s all about the golf.

With all due respect, this will have exactly nothing to do with how the old Scottish links were created...  for instance, Fraserburgh, to pick a name since it was noted above, wasn't built by a rich guy from Chicago and didn't have to jump through environmental hoops.  The clubs of Scotland are largely creations of their towns, built and maintained for the benefit of their citizens.  This will obviously be a different animal completely, not that there's anything necessarily wrong with that.

And this is very much of Keiser's M.O., as Bandon Dune itself was originally conceived as just about the golf.  But if you happen to build it and they come, they need a roof over their heads...

And Dornoch is notorious among the traveling class for its dramatic shortage of such roofs.... There are essentially two small hotels in town, the Dornoch Castle and the aforementioned Links House, which I assume is the old Golf Hotel that was shuttered for a few years.  This is wildly exciting for a links nerd such as your humble blogger, but if you add a world-class links to the area, someone will need to build some hotel rooms.
Posted by Scott Simpson at 8:21 AM

Scott Simpson
I'm an avid golfer with a longstanding love of links golf. In those few hours not spent on a golf course, I'm an investment banker focusing on middle-market mergers and acquisitions. My home is in Westchester County, NY where I live with my wife Theresa, a first generation County Mayo girl (as if I need further motivation to visit Ireland). My name notwithstanding, I've yet to win my first U.S. Open. I currently play off a 7, a level at which it is both difficult to make a living and prevail against Theresa in our hotly contested matches.